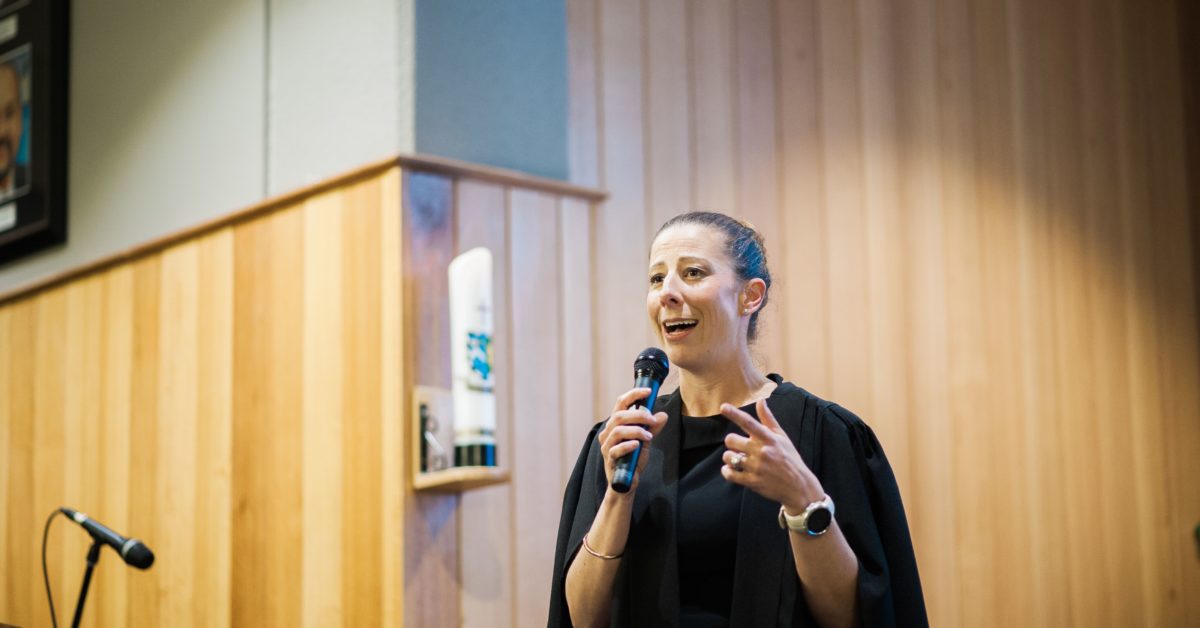 Having been a student at Mannix College herself 20 years ago, Sarah Coleman presented the annual Entrepreneurship, Business and Innovation Formal Dinner speech with nostalgia for the place she once called home.

With roots tying her to humble beginnings from Sale in Country Victoria, Coleman says her ‘love for people and [her] love for working outdoors’ was pivotal in establishing her drive for a successful career.

The spark of her future

Her passion to leave a mark on the mining industry began well before actually entering this career path.

But, Coleman says her entry into university ‘wasn’t as smooth as it is for some’. Coleman lobbied and negotiated her way into a position in the double degree in mechanical engineering and commerce at Monash University’s Clayton campus after it was cut from Gippsland at the end of her first year.

‘I’ve never really had anything handed to me. I’ve had to fight for a lot of things I’ve done,’ says Coleman.

Dedicating the spark of her fascination with Engineering to her Grandfather, Coleman tells of the times they spent travelling Australia to attend engine rallies – a memory she jokes about realising later in life wasn’t all too common, especially among young females.

Connecting the dots between Coleman being a country kid from rural Victoria, to two highly successful consultancies in the traditionally male dominated industry of mining, is her drive of resilience.

On paper, Coleman notably brims with outstanding accomplishments. From being WA Business News Top 40Under40 in 2013 to being named the AIM State Owner Manager of the Year in 2015.

But her ability to overcome hardships throughout her career has been a pivotal factor in distinguishing her from others in her role.

When leaving her position at Rio Tinto in 2017, Coleman said she questioned the decision to leave the stability of her job that had a promising future, to begin her own company.

But she says ‘there was something niggling inside [her]’ that made her give it a go. So at 29 years of age, Coleman self-funded her business right from the very beginning.

Consulting some of Australia’s largest mining, oil and gas companies, as well as global companies, Coleman’s businesses have delivered over $3 billion bankable value across their 60 clients.

In 204, Coleman’s company, Sandpit Innovation, received the Most Innovative Technology of the Year award for their invention, the Spidler.

‘To think our work is now influencing some of the world’s largest mining companies is crazy,’ says Coleman.

‘When I look back at 29-year-old me starting the business, I really didn’t know the first thing about running a business. Other than I knew there was a gap in the market and I knew I could probably do it better,’ Coleman says.

To watch a recap of the event festivities, click here.